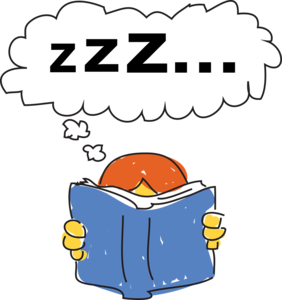 Some time ago I was doing some small introductions to basic algorithms I learned back in school to my colleagues at carwow (just for fun). Some of them became posts on medium.

After one of them a colleague told me about sleep sort algorithm. I think it’s ingenious and should be in a blog calling itself “weird programming”.

The idea is simple and brilliant. Imagine you have a list of numbers you want to sort.

After every thread has finished you will have a sorted list printed out. This works because lesser x’s will be “asleep” for shorter periods of time.

With multiplier equal to 1000 the algorithm will sleep x seconds.

Quite straightforward implementation, for data storage an atom is used. For threading I used future.

The only weird thing here (imho) is the line (run! deref futures). This is to make sure that all threads are finished before returning the value stored in the atom.

Go is destined to be used as a concurrent procedural language. I really like this solution even though it’s incredibly wordy.

The program just iterates over the array and creates a goroutine for each element. Each goroutine pushes valuess into the channel. Classic.

We could also write the same code in Clojure, btw (using core.async library)

Ruby is my core skill so I couldn’t leave it out.

Yep, just a thread per number, pushing to an array, waiting until all threads are finished.

Ruby doesn’t have a true parallelism though. It remains single-threaded. But since we use IO-blocking operation (sleep) the interpeter is able to switch between ruby threads.

For example, we could make it faster by using multiplier of 100 instead of 1000. However, for large arrays we would have to understand that the last thread will be spawned much later than the first one.

Also the solutions I wrote do not work with negative numbers. For them we could create a separate datastructure and join them later. Or we could juts use adding elements to beginning/end depending on the sign:)

This algorithm is completely impractical. However, I think the person who’s come up with it is a genius. It’s incredibly creative and resourceful. I wish I had a brain that can come up with something simple and cool as this.